The SECURE Act which went into effect on January 12, 2020 made a number of changes to laws that will effect the retirement of nearly every American. Most notable was the elimination of Stretch IRA’s, which will now force most non-spouse beneficiaries to withdraw inherited IRA balances in a 10 year timeframe. Other significant IRA changes was increasing the age that Required Minimum Distributions (RMD’s) must begin from 70 ½ to 72 as well as repealing the age limit for making Traditional IRA contributions. Additionally, many changes were passed that will effect employer-sponsored qualified plans along with many other miscellaneous changes. In this article, we outline the key changes in the act and what they mean to you.

The legislation changes the nonelective contribution 401(k) safe harbor to provide greater flexibility, improve employee protection and facilitate plan adoption. The legislation eliminates the safe harbor notice requirement, but maintains the requirement to allow employees to make or change an election at least once per year.  The bill also permits amendments to nonelective status at any time before the 30th day before the close of the plan year.  Amendments after that time would be allowed if the amendment provides (1) a nonelective contribution of at least four percent of compensation (rather than at least three percent) for all eligible employees for that plan year, and (2) the plan is amended no later than the last day for distributing excess contributions for the plan year, that is, by the close of following plan year.

Increasing the credit for plan start-up costs will make it more affordable for small businesses to set up retirement plans. The legislation increases the credit by changing the calculation of the flat dollar amount limit on the credit to the greater of (1) $500 or (2) the lesser of (a) $250 multiplied by the number of nonhighly compensated employees of the eligible employer who are eligible to participate in the plan or (b) $5,000. The credit applies for up to three years.

Stipends and non-tuition fellowship payments received by graduate and postdoctoral students are not treated as compensation and cannot be used as the basis for IRA contributions. The legislation removes this obstacle to retirement savings by taking such amounts that are includible in income into account for IRA contribution purposes. The change will enable these students to begin saving for retirement and accumulate tax-favored retirement savings.

The legislation repeals the prohibition on contributions to a traditional IRA by an individual who has attained age 70½.  As Americans live longer, an increasing number continue employment beyond traditional retirement age.

Section 109.  Treatment of Custodial Accounts on Termination of Section 403(b) Plans

Under current law, employers generally may exclude part-time employees (employees who work less than 1,000 hours per year) when providing a defined contribution plan to their employees.  As women are more likely than men to work part-time, these rules can be quite harmful for women in preparing for retirement.  Except in the case of collectively bargained plans, the bill will require employers maintaining a 401(k) plan to have a dual eligibility requirement under which an employee must complete either a one year of service requirement (with the 1,000-hour rule) or three consecutive years of service where the employee completes at least 500 hours of service. In the case of employees who are eligible solely by reason of the latter new rule, the employer may elect to exclude such employees from testing under the nondiscrimination and coverage rules, and from the application of the top-heavy rules.

Section 112.  Penalty-free Withdrawals from Retirement Plans for Individuals in Case of Birth or Adoption

The legislation provides for penalty-free withdrawals from retirement plans for any “qualified birth or adoption distributions.”

Many home healthcare workers do not have a taxable income because their only compensation comes from “difficulty of care” payments exempt from taxation under Code section 131.  Because such workers do not have taxable income, they cannot save for retirement in a defined contribution plan or IRA.  This provision would allow home healthcare workers to contribute to a plan or IRA by amending Code sections 415(c) and 408(o) to provide that tax exempt difficulty of care payments are treated as compensation for purposes of calculating the contribution limits to defined contribution plans and IRAs.

Section 201.  Plans Adopted by Filing Due Date for Year May Be Treated as in Effect as of Close of Year

The legislation permits businesses to treat qualified retirement plans adopted before the due date (including extensions) of the tax return for the taxable year to treat the plan as having been adopted as of the last day of the taxable year.  The additional time to establish a plan provides flexibility for employers that are considering adopting a plan and the opportunity for employees to receive contributions for that earlier year and begin to accumulate retirement savings.

The legislation directs the IRS and DOL to effectuate the filing of a consolidated Form 5500 for similar plans.  Plans eligible for consolidated filing must be defined contribution plans, with the same trustee, the same named fiduciary (or named fiduciaries) under ERISA, and the same administrator, using the same plan year, and providing the same investments or investment options to participants and beneficiaries.  The change will reduce aggregate administrative costs, making it easier for small employers to sponsor a retirement plan and thus improving retirement savings.

The legislation provides certainty for plan sponsors in the selection of lifetime income providers, a fiduciary act under ERISA.  Under the bill, fiduciaries are afforded an optional safe harbor to satisfy the prudence requirement with respect to the selection of insurers for a guaranteed retirement income contract and are protected from liability for any losses that may result to the participant or beneficiary due to an insurer’s inability in the future to satisfy its financial obligations under the terms of the contract.  Removing ambiguity about the applicable fiduciary standard eliminates a roadblock to offering lifetime income benefit options under a defined contribution plan.

The legislation modifies the nondiscrimination rules with respect to closed plans to permit existing participants to continue to accrue benefits. The modification will protect the benefits for older, longer service employees as they near retirement.

The legislation expands 529 education savings accounts to cover costs associated with registered apprenticeships; homeschooling; up to $10,000 of qualified student loan repayments (including those for siblings); and private elementary, secondary, or religious schools.

Section 402.  Increase in Penalty for Failure to File

The legislation increases the failure to file penalty to the lesser of $400 or 100 percent of the amount of the tax due.  Increasing the penalties will encourage the filing of timely and accurate returns which, in turn, will improve overall tax administration.

Danny G. Michael is the founder and CEO of Satori Wealth Management, Inc. He has 20 years of experience in retirement planning working with individuals, families, and business owners. 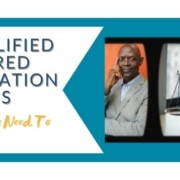 Nonqualified Deferred Compensation Plans – Everything You Need To Know 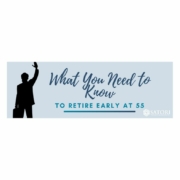 What You Need To Know To Retire Early At 55 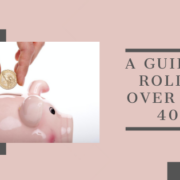 A Guide To Rolling Over Your 401k 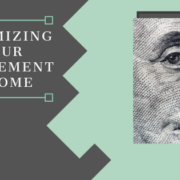 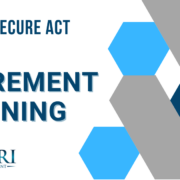 Are you prepared to overcome the 3 biggest obstacles in retirement? Our free RetireNow™ Checkup will tell you where you currently stand and how to:

How will you generate income without a paycheck? 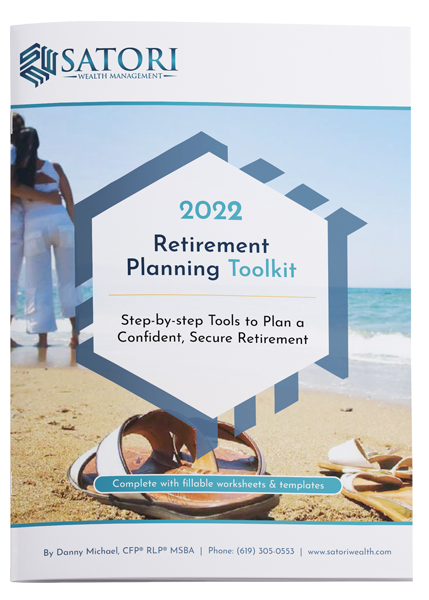